Nigerian producer Samuel Jackson popularly known as Skillz Beatz is a Lagos base music producer, mixing engineer and a cinematographer. A graduate of Mechanical Engineering at Ladoke Akintola University.

Skillz beatz is an outstanding producer who has been bossing the industry with a ration of rare talent in music production. During a chat with Trinity Show Media he told us the secret behind his uniqueness. “My first secret is God, I put God first when working on any project. Secondly, I do alot of research on my own when I’m alone in my home lab that’s why I can work on any DAW professionally. And thirdly I put in my time, passion and dedication in making sure I know as much as I can as knowing too much isn’t a sin. Lolz”

His uniqueness in music production has helped him in working with the likes of 9ice, Gabriel Afolayan, Oritshe Femi, Iyanya just to mention a few. He later stressed that “Mainly I produce a song they are featured on and then I mix some of their songs”. And he named some top artists he would like to work with “Still hoping to work with the likes of Wizkid, Davido, 2face, Duncan Mighty, kiss Daniel and Tiwa Savage”

He was further asked if he specialise In producing hip hop music alone “No, I produce all genre of music, I have done lot of gospel Albums that’s out there in the market nation wide. So I am not a producer that only stick to producing one genre of music. Currently there are about 3 gospel artist albums I am working on. Jorsh Kolawole’s Album, C Bennard’s Album and Sister P’s Album. Those albums are what you should all watch out for as they are really gonna Bless your soul”

Tell us about Sound Castle Studio?

“Oooops, Sound Castle Studio is a music studio own by Sound Castle Entertainment Afrika. This is a studio where Beat Speaks, a studio where all music done there is supreme and awesome. We help artist achieve the very best of music irrespective of any genre you sing. Sound Castle Studio Afrika is not just a music studio buh an extra ordinary music empire. We engage in all music services like;
* Music Production
* Video Shoot
* Music Promotion
* Studio Setup/Installation
* Sound Set/Engineer
* Sales of Studio Equipment
* CD Prints and Jacket
* Graffix Design
* Artist Management
* Event Planners/Management
* Trainings e.t.c. We contribute alot into artist write up, arrangements, melody, delivery and finally our sound is quite amazing because any artist coming to work with us always end up thanking us.
We have never encountered any problem of artist complaining after his or her job is been delivered, we always recieve big applause and appraisal from all our customers”

Many people are looking up to you. What advise do you have for them?

“Don’t let anyone discourage you, Never give up and work towards your dream endlessly, Lastly pray always because prayer is the Master key”

How can we reach you for business purpose? 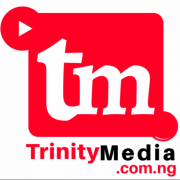